–An Interview with Ton Nam, Grade 11–

Ton Nam, an RIS junior, has initiated a project called Gift for Face to raise funds for the Princess Sirindhorn Craniofacial Center at King Chulalongkorn Memorial Hospital to help families pay for their child’s craniofacial surgery.

She explains more in her project proposal, “Craniosynostosis is a congenital defect in which one or more joints between the plates of bones in the skull close too early, resulting in abnormal brain and skull growth. This congenital defect occurs in 1 in every 500–1500 children in Thailand and is mostly due to premature birth because the skull hasn’t had enough time to fully form. If left untreated, certain forms of craniosynostosis may result in death. Craniosynostosis may be corrected through craniofacial surgery; however, craniofacial surgery is currently one of the most challenging procedures. The Gift for Face project provides an opportunity for a variety of students, staff, and teachers in the RIS community to fundraise. Treatment for craniosynostosis may not be affordable for certain families in Thailand. Craniosynostosis is not a commonly known condition. Hence, by starting this project, we hope to raise awareness about craniofacial abnormalities and provide support for pediatric craniosynostosis patients, as well as create an opportunity for students in our community to help those with disadvantages: to promote the idea of kids helping kids.”

The specific aims of Gift for Face are to:

The first fundraising activity the Gift for Face team organized was a Games Night for RIS elementary students at the end of February. The afternoon included fun activities like origami, bag toss, face painting, slime making, soccer, and free popcorn! To participate, the students were asked to donate 100 baht. All of the booths and activities were set up and managed by RIS High School students.

I met with Ton Nam to learn more about this amazing project and what inspired her to help.

How long have you been at RIS?

Do you belong to any high school clubs?

Yes, I’m a member of the STEM club and the RISing Coffee club.

How did this idea come about?

My mom used to work at the Princess Sirindhorn Craniofacial Center at King Chulalongkorn Memorial Hospital, and I volunteered there two years ago. The current wait time for craniofacial surgery is one year. I wanted to find a way to raise awareness about craniofacial abnormalities and make these children’s lives easier. Even though these children may look different, they are not actually different from the other kids at all.

What did you do when you volunteered at the hospital?

Mostly basic caretaking, like helping them get dressed. I also played games with them. Friday was “Play Day,” and the nurses would have activities for the kids to do. For the older kids, these were usually educational activities that would help them with life skills, such as practicing buying and selling. Sometimes we would do role-play games to help them with their fears, such as if they had a fear of needles, the game would mimic instruments used in hospitals.

What did you get out of volunteering?

I was nervous at first as I wasn’t used to seeing their faces. And, understandably, the kids were shy and scared of new people, having been stared at and told mean things. But I quickly realized that even though these kids may not look the same as others, they have similar likes and dislikes, just like regular kids.

What will you be doing to raise funds?

At the end of February, we will be holding a Games Night where children pay to participate. It will include an obstacle course, art projects, science-type games, etc., things that the elementary kids can do together. I really like the idea of kids helping kids. If they’re having fun, they will want to participate. We will include the parents as well, partly to help with supervision, but also so the parents and kids can have fun while spending time together.

What will the money go toward?

The money will mostly go to funding surgeries. The children often require multiple surgeries—some children can have up to 10 surgeries to correct facial abnormalities. The procedures are mostly so their facial features can actually function properly, so they can breathe through their nose, for example, more than for aesthetic reasons. The funds will also go toward transportation because most patients travel to this hospital from other provinces and need to stay at the hospital for a long time. The parents have to take time off of work to travel and be with their children.

In addition, doctors and nurses from the center take trips twice a year to Buriram and Chiang Rai provinces to help patients there who are unable to travel to Bangkok. The whole center has only 4 or 5 doctors, so it’s hard for them to see all the children who need care.

What are your future goals for Gift for Face?

Our future activities will include integrating activities into the arts program here at RIS. In March, we plan to collaborate with the Elementary School Art department to have 5th-graders paint on T-shirts to express their creativity under the theme of “helping others.” We’re continuing with the idea of kids using their creativity and having fun while they help other children. The T-shirts will then be sold to parents at 250 baht per T-shirt, as well as at booths in fairs outside of school. In the future, we plan to expand this activity to the 4th-graders as well.

If the activities are successful and we receive positive feedback from the students and the parents, I would like to expand the project to other international schools as well.

If you are interested in volunteering or donating, you are welcome to email Ton Nam: matchamonp21@rism.ac.th. 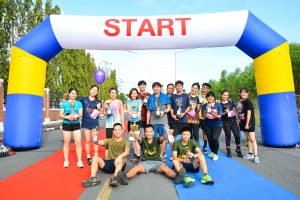 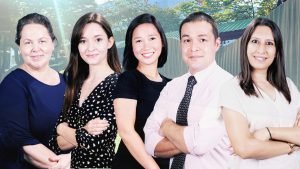 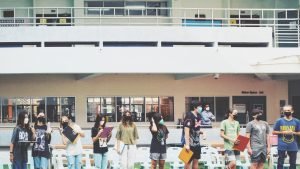 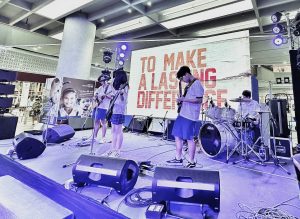 Read More
View all news
RuamrudeeInternational school
Admissions
Menu
Academics
Menu
Student Life
Menu
Community
Menu
© 2021 Ruamrudee International School
We use cookies on our website to give you the most relevant experience by remembering your preferences and repeat visits. By clicking “Accept All”, you consent to the use of ALL the cookies. However, you may visit "Cookie Settings" to provide a controlled consent.
Cookie SettingsAccept All
Manage consent