On April 2nd, members of the HS STEM Club went to the Middle School at lunch break to conduct some fun science experiments. President of the STEM Club, Ton Nam, revived the club earlier this year, with Mr. Sean Fisk as their advisor. Ton Nam is a junior who is taking 8 AP courses. It was his idea to come and do experiments with the MS students. He said that their goal is “to get the middle school kids excited about science—to make science seem approachable and fun and not just another school subject.” Along with Vice Vice President Pathid Liamtrakoolpanich, Ton Nam says that the STEM Club wants “everyone to have a chance to see science in a new light.”

They chose to do the Vortex Cannon experiment, which is a fun demonstration involving air pressure and dry ice. It was the first experiment that got Ton Nam interested in science. The experiment required a lot of preparation and online research, including the principles behind the Vortex Cannon. Pathid mentioned that “lots of design process happened” and that they made four prototypes, the last one being the only one that actually worked. They were staying late after school to work on the prototypes and that it was the school janitors who ended up inspiring them to try using trash bags and nozzles.

For the Vortex Cannon Experiment, the STEM Club set up its equipment in the MS MakerSpace, which included plastic bottles and bottle caps, masking tape, plastic from trash bags, and dry ice. They also came with handouts to explain the science behind vortexes. It starts: “Have you ever watched as your sink drains out if you fill it with water? If so, you would likely see a ‘tornado.’ This is known as a vortex.” It goes on to explain that vortexes also form in air, but because air is invisible we don’t typically see them. That’s where the dry ice comes in. When you put water on dry ice, it starts to “smoke,” which then makes the vortex visible.

The dry ice was a big draw in and of itself, so to prevent students from touching it the experiment was moved outside to the MS courtyard. (If touched briefly dry ice is harmless, but prolonged contact can cause a burn-like injury.) To conduct the experiment, the MS students were directed to construct a funnel, which would become their cannon. They made this by taping together half a plastic water bottle, a plastic cup, and a circular piece of a trash bag. Then the HS students put a small piece of dry ice and a little water into another plastic bottle. The MS students held their cannons upside-down over the smoking dry ice and pulled back the plastic trash bag, which worked as a vacuum to draw the smoke up into their cannon. Then the students gently tapped the bottom of the bottle and the smoke came out in a puff that looked like a ring of fog. The HS STEM Club had also constructed several larger air cannons using trash cans and trash bags. These made a loud sound and would produce a significant blast of air wherever the cannon was pointed.

The MS students clearly enjoyed exploring with the various cannons and the HS STEM Club members agreed that the event was successful. That’s good because they have several more experiments they would like to share with the MS students. Who wouldn’t want to explore instant solid crystals and liquid magnets? You don’t need to persuade me that science is cool. 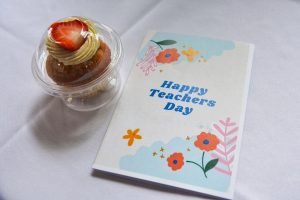 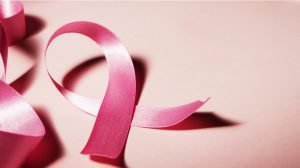 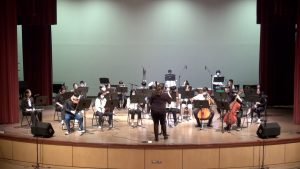